Featured on It's a crime radio and boca magazine!

Check out all of my interviews and profiles! 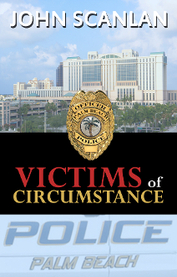 For twenty years he knew the man who murdered his wife.  He knew he was where he belonged: in a jail cell, never again to see the light of day as a free man.  It didn’t help Chris Redgrave move on, but it was enough.  Then the new city-slicker State Attorney of Palm Beach County came to pay him a visit.  He told Chris of advances in DNA testing.  He told him of recanted witness statements and a racist, good ol' boy culture that mistook an innocent man for a guilty one.  And he told him of Julian Anderson’s release from prison. As his closure unravels and memories of his wife’s brutal death haunt him once again, Chris wages war with himself over if he can accept that his wife’s true killer has lived free for the past two decades.  But when the new investigation into his wife’s murder unearths clues that indicate Anderson may be guilty after all, Chris is convinced he had it right all along.  Knowing that the politically motivated State Attorney will never admit he made a mistake, Chris is forced to examine just how far he will go to achieve justice.

Praise for Victims of Circumstance:

"I was literally on the edge of my seat as I read Victims of Circumstance by John Scanlan! From the opening pages right down through the last sentence, Scanlan did an excellent job of keeping me in suspense.  As the novel unfolded and the story fell into place, I was pretty much a puppet. There were a host of characters that played significant roles in this wonderful read. I breezed through the book, enjoying every minute of this work." - Janice Ross - Cultural Cocktails

"I loved this book as much as I loved his first book. Of Guilt and Innocence. Scanlan is a GREAT writer!" - Sandy Shea

Praise for Of Guilt and Innocence 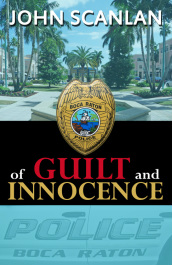 "As a retired Palm Beach County, Florida Sheriff Sgt. I really enjoyed this book. It held me to the very end of the book as to how he melded all  of the suspects and families into a really exciting conclusion to his novel. A  really good read for anyone wanting a very interesting book." - Ted Okolichany

"Mr. Scanlan's experience as a police officer makes his descriptions of crimes and crime scenes very believable, and his characters easily visible in the mind's eye. If you are a fan of crime novels, peg your hopes on  this up-and-coming writer. I believe he has much more to tell and has found his  voice." - K. Hansen

"Who better to tell a story about criminals than a policeman? John Scanlan's
debut novel, "Of Guilt and Innocence" is cleverly laid and calculated. He loops
readers into a solid crime novel with believable characters. He gets into the
minds of a sexual predator and serial killer in a manner that few can
accomplish. This author has much potential & I look forward to reading more
his work." - Janice Ross- Cultural Cocktails